From 1988: The STAR TREK THE NEXT GENERATION FIRST YEAR SOURCEBOOK, a FASA-published supplement for their STAR TREK ROLE PLAYING GAME.

Even through I had no interest in the RPG, this was an essential purchase way-back-when because it was the most comprehensive guide to the universe of TNG available at the time.  Especially as the TV show itself was still 2-3 years from hitting the BBC here in the UK.  I just ignored all the numbers, stats and stuff associated with the game itself.

Like the other RPG supplements I have covered in the past, this was mostly sold through games stores and only had limited pick-up by traditional comics stores and bookshops.  Which probably means the bulk of Trek fans didn't even know it existed.

The truth is... the universe of TNG's first season wasn't really that interesting... but, at the time, any bit of information on the show was to be snapped-up.  Thirty years later I'm still certain that I have not watched the bulk of the epsodes covered in this book.  Time to crack open that HD boxset me thinks... 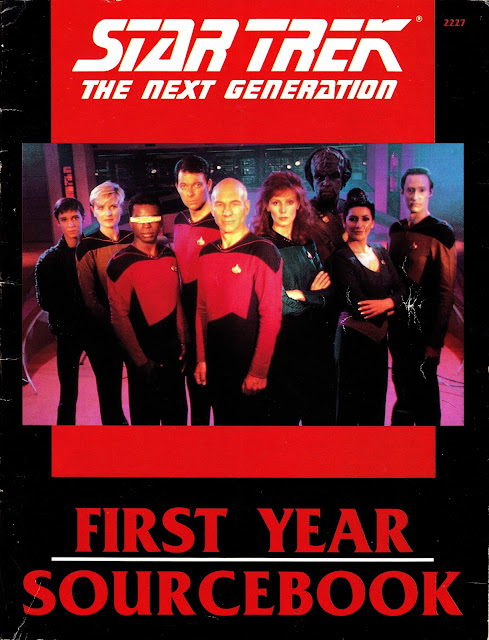 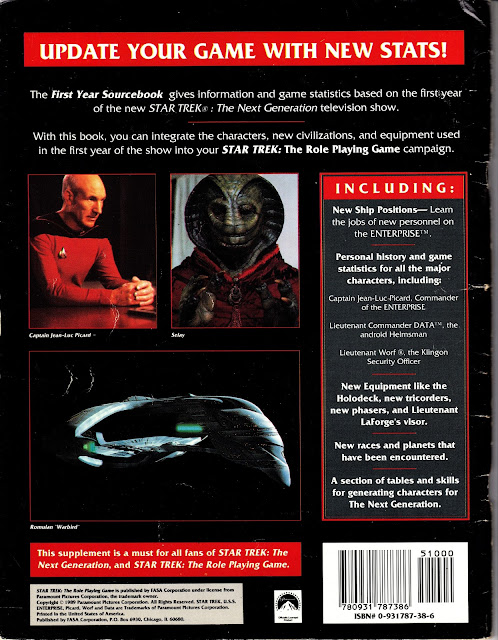