2001: THE DOCTOR WHO LONDON LOCATIONS GUIDE

From 2001:  More fan-produced location spotting goodness... THE DOCTOR WHO LONDON LOCATIONS GUIDE, published by the DOCTOR WHO APPRECIATION SOCIETY.

Vintage WHO was, of course, based on BBC TELEVISION CENTRE in West London (although the production offices were down Wood Lane in Union House on Shepherd's Bush Green) so ost location filming needed to be as close to the Centre as possible.  The new series is all about making Wales look like anywhere... the original series was all about bringing alien threats to West London. 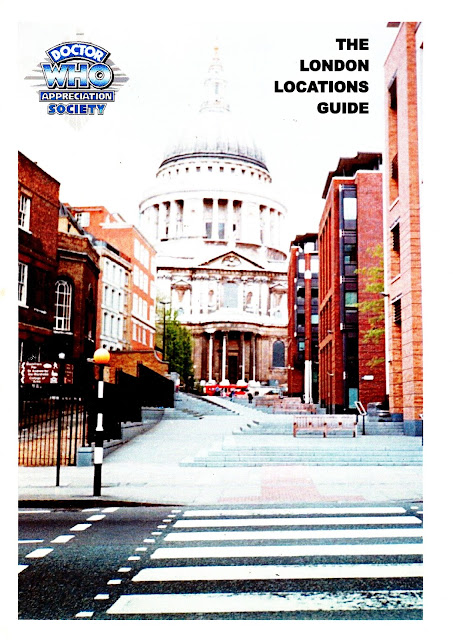 Email ThisBlogThis!Share to TwitterShare to FacebookShare to Pinterest
Labels: 2001, DOCTOR WHO