1978: STARLOG TEASES THE BUCK ROGERS THAT NEVER WAS

From 1978: A STARLOG MAGAZINE tease of the BUCK ROGERS IN THE 25TH CENTURY that never was.

Before NBC and Universal drafted Glen Larson in to retool the concept (giving him yet another chance to dust off his desire to create a small-screen JAMES BOND clone.  See also: His pre-series SIX MILLION DOLLAR MAN teleflicks) as a flip-flopping series of TV movies > feature film > TV series (depending on where you are in the timeline of the convoluted development process) the show was in the care of others... and would have looked very different.

Some of the design work here (which looks a little of the Airfix model variety) would have looked very clunky in the wake of STAR WARS so Larson's more polished approach probably was the way to go.  Biddi Biddi! 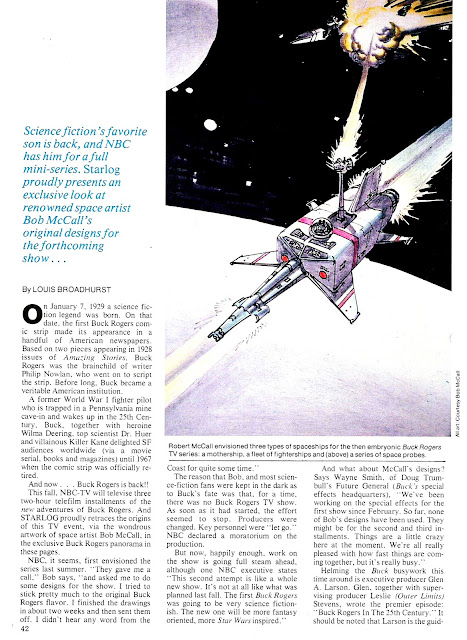 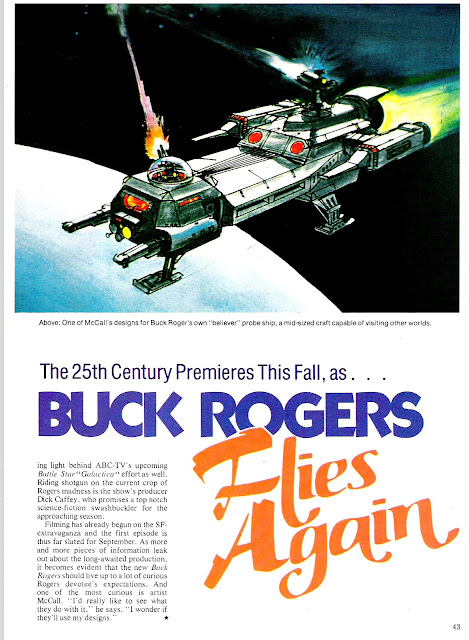 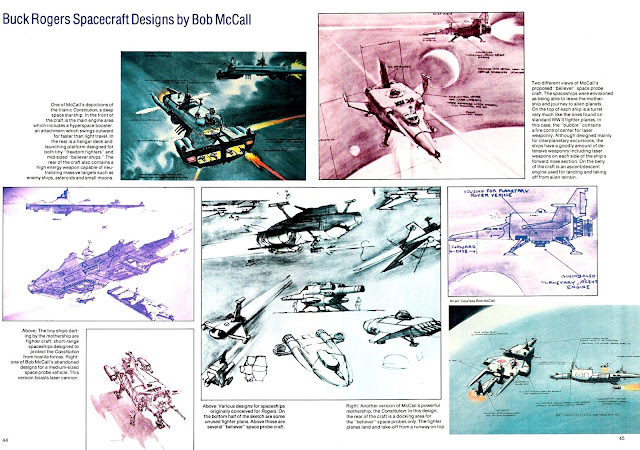