VHS: THE 'BANNED' EPISODE OF THE PROFESSIONALS

From the VHS age: An unusual retail release of LWT's THE PROFESSIONALS because it included an episode that was never shown on British 'terrestrial' telly.

London Weekend became very nervous about the strong violent racist content in the episode and, after the edit was completed, decided not to screen it on ITV.  Which is rather surprising as their drama department was bankrolling the show and must have had sign-off at every stage of the process... one wonders at which point someone piped up and said 'maybe not chaps'.

That didn't stop them recouping some of their investment by including the episode when the show was sold overseas.  It was also omitted from the run of episodes (which were often cut to make them suitable for pre-watershed slots) on GRANADA PLUS.  Needless to say, it has also turned-up on the DVD and BR releases.

Repeats of the whole series have been few-and-far between on terrestrial TV (I recall seeing one episode as part of a season of reruns celebrating the 21st birthdays of Thames and LWT... although I think the celebrations were limited to the London region and the rest of the network carried an alternative schedule) allegedly because of a contractual wrangle between Martin Shaw and LWT. 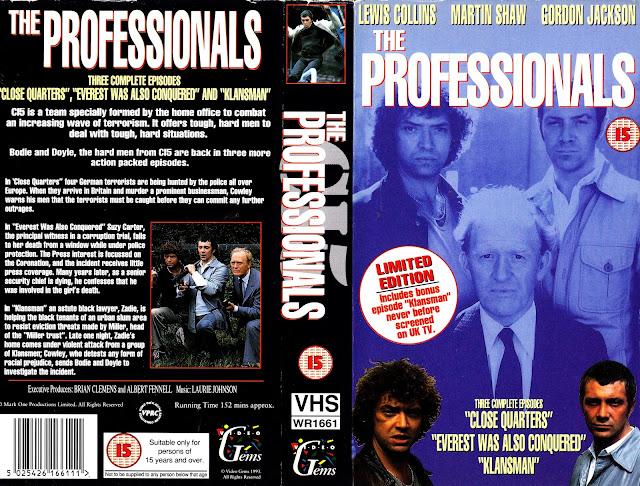 Email ThisBlogThis!Share to TwitterShare to FacebookShare to Pinterest
Labels: THE PROFESSIONALS