MORE MOORE: THE PERSUADERS! ON VHS

From VHSville: More Moore... this time the first in the series of Carlton era THE PERSUADERS! tapes, showcasing the show's (fairly) unprecedented production values with extensive glossy location shoots in the south of France.  Compare that with Moore's previous playboy lifestyle in THE SAINT where - despite visiting the casinos and hotels of the world - he seldom actually left the confines of the Elstree lot.  Stock establishing shots covered a multitude of sins.

This came fairly late in the cycle of ITC glossy adventure shows (THE PROTECTORS, SPACE:1999 and RETURN OF THE SAINT were still to come) but this is a highpoint.  Lew Grade's ITC finally invested the money to create a weekly series that looked better than anything else UK or US programme makers could hope to muster.  And it boasted two leading men that not only made for a great double act but also added a further sense of glamour to the whole shebang.  Which is something Lord Grade knew all about.

Pick any episode of the show (and they looked amazing in HD) and it's clear that everyone is having a lot of fun... except maybe Joan Collins who had a major bust-up with Curtis on location and threatened to walk from the shoot.  It's interesting that Moore's career still had the best years - as Bond - still to come whilst Curtis is more obviously slumming on the small screen.  But, if you are going to slum, you might as well do it in one of the most expensive shows of its time. 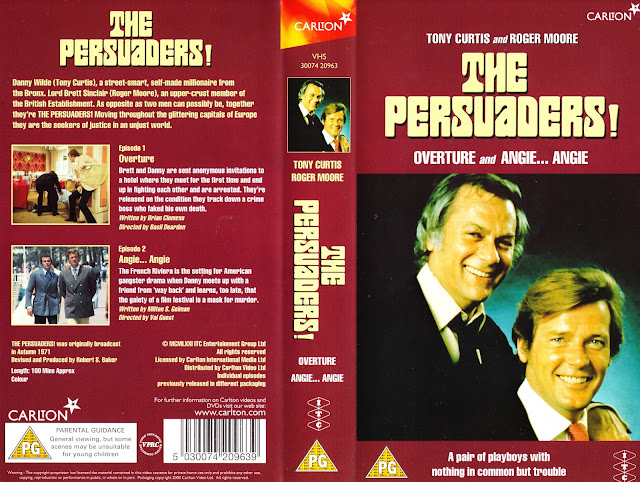