1988: MARVEL UK'S THUNDERCATS AND THE ADVENTURES OF THE GALAXY RANGERS MERGE

From September 1988: Merger alert!  The short-lived THE ADVENTURES OF THE GALAXY RANGERS (nine issues over eighteen weeks) folds into the pages of MARVEL UK's THUNDERCATS.

I assume Marvel had already commissioned some more GR strips and didn't want to write-off the investment (especially if there was a chance that the TV show would still be floating around the ITV schedules).  Once the original strips were exhausted, Thundercats went on to reprint the British-created strips originally seen in the one-and-only GALAXY RANGERS ANNUAL. 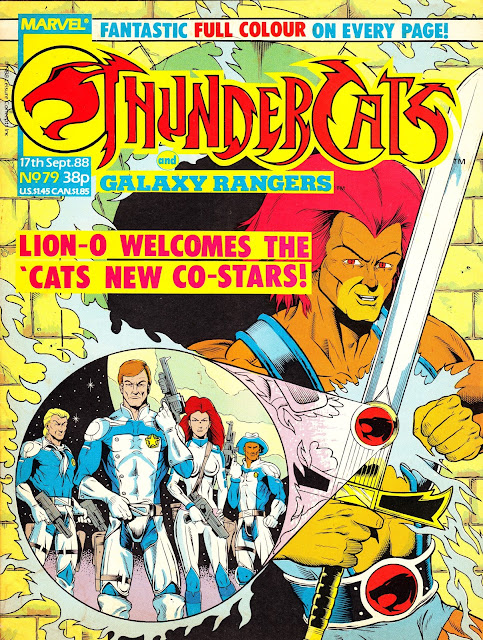