From the VHS era: LOST IN SPACE is on its way back to TV... so here is the first UK sell-through VHS cover.  The first (of - I think - only three tapes) included the first two (black & white) episodes from the show's first season.

Fox released two more tapes with the following four episodes but - had they planned to continue releases ala STAR TREK - soon abandoned the project.

The show was familiar to UK audiences of the era thanks to a regular booking on Channel Four's Sunday morning schedules. 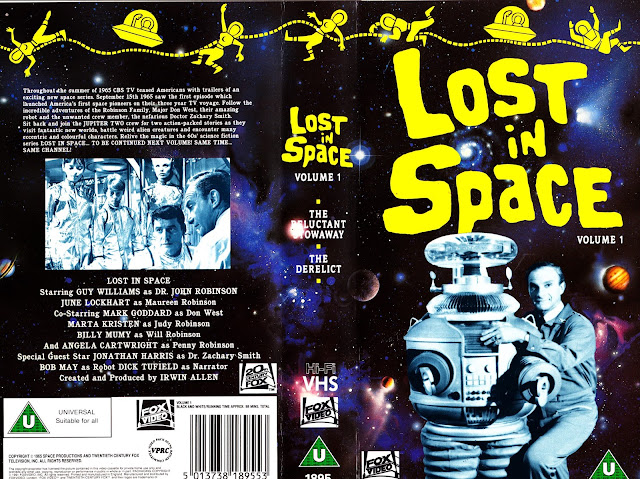 Email ThisBlogThis!Share to TwitterShare to FacebookShare to Pinterest
Labels: LOST IN SPACE