From 1995: The second trade paperback collection of STAR WARS NEWSPAPER STRIPS, reworked to work as comicbooks by Dark Horse.

This is a UK volume put together by the masters of the quickie media tie-in BOXTREE BOOKS.

A hefty (including the price) hardback of the original strips has just been issued by IDW.  As far as I know, it represents the first time the strips have been widely distributed in their original format since they were first published.

The reworked Dark Horse versions were recently reissued (along with some previously unpublished strips in a weird hybrid combo) by Marvel.  I'm not sure how much overlap there is between the two in terms of the strips reprinted. 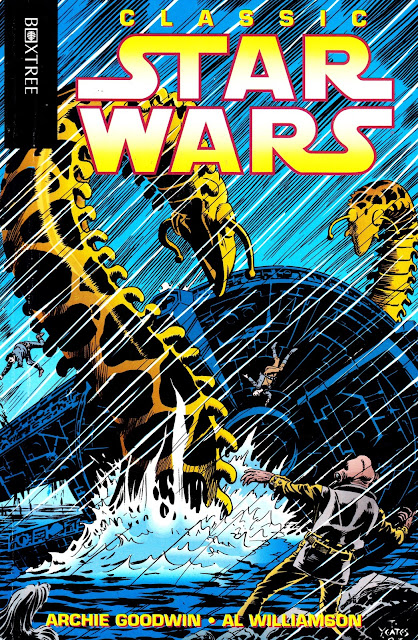 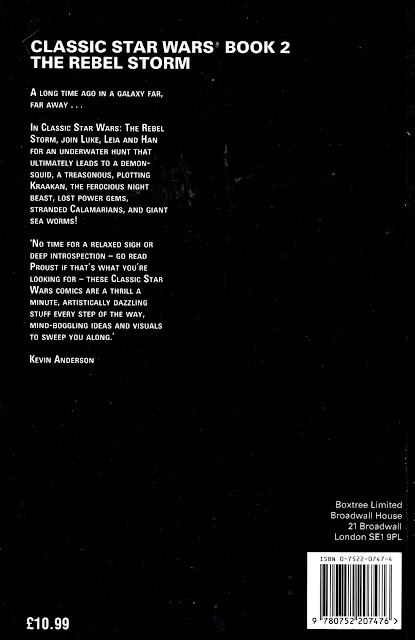