THE STRANGER series, starring Colin Baker and Bryant (initially all but reprising their roles from a certain well-known BBC TV drama series), started off as a straight DOCTOR WHO clone... complete with choppy direction, gravel pit locations and special effects that would have passed muster in a TV Centre edit suite a decade earlier but were starting to look a little weather-worn by the start of the 1990s.

The fan dramas found their profile unexpectedly raised when they were re-released and sold in high street outlets.  I was certainly surprised to find them whilst browsing my local Woolworths entertainment section on new release Monday.

After the third adventure (a railway station in the SAPPHIRE AND STEEL tradition), the Stranger tapes swung off in a different direction.  Possibly because the producers started to suspect the lawyers were bound to complain sooner or later.  Or possibly because they fancied bolstering their showreels with a bit of sub-par crime drama.

The 1990s were a brilliant time for rough-around-the-edges fan-made drama once the producers spotted there was a market AND they could circumvent the BBC's official copyright by simply paying off the original writer to let them revive classic monsters.  Chucking in a few jobbing actors from the show certainly helped as well.

Other entries in the sub-genre included the X-FILES-baiting P.R.O.B.E (which probably came the closest to something that could have been shown on proper telly), Dreamwatch spin-off (they gave it the hard sell in the first few issues of the magazine); SHAKEDOWN (the behind-the-scenes documentary is a great watch... the cast and crew did NOT appear to be having a great time below decks on HMS Belfast); DOWNTIME (skanky Yeti alert); THE AIRZONE SOLUTION (A Doctors reunion pulled together for the 30th anniversary); the AUTON stories (no guesses); sundry other dramas and a host of not-always-very-good documentaries (LUST IN SPACE anyone?).

The screen dramas, as well as the early and unofficial audio adventures which also appeared during the 'wilderness years', have recently been the long-overdue subject of the book DOWNTOWN: THE LOST YEARS OF DOCTOR WHO by Dylan Rees.  It's an excellent read. 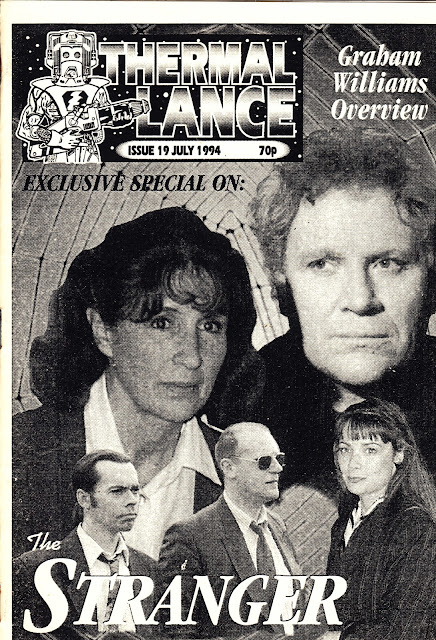