The publicity still used on the cover rather gives the game away that the 'monkey boy' wasn't the most horrific of scary creatures.  But it passed muster back in the day.

Despite the cover feature, coverage inside the magazine was limited to a fairly brief review of the first episode... which wasn't atypical of the following three outing anyway.  Buyer beware.

The magazine itself, part of a flock of horror floppies that appeared that decade (including SHIVERS, THE DARKSIDE, FEAR and the FANGORIA spin-offs and wannabes), started out as a fanzine and then shifted over to a more professional (although one suspects still a 'labour of love') footing before eventually fading. 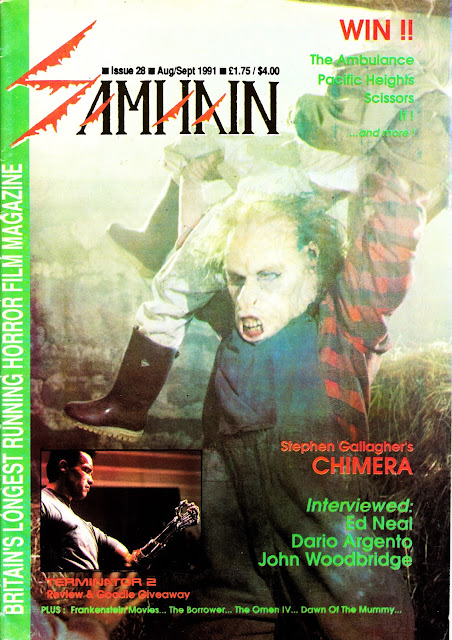