From the VHS era: the first of what turned out to be a long run (including a few rather stylish boxsets and store exclusives) of THE AVENGERS tapes.  Lumiere went the extra mile with these releases by pairing strong episodes (initially from the Rigg era... one b&w and one colour), adding sleave notes and making the prints look as good as possible.

I'd seen - and enjoyed - the show back in the 1980s when CHANNEL FOUR had rerun it on a Sunday night but these tapes were the first chance I'd have to see it as an 'adult'.  And I really enjoyed it.  It soon became part of my (super expensive) tape-buying routine along with the other current or 'classic' releases of the era.  The economics of it all seem madness now... I wish i had found a cheaper hobby. 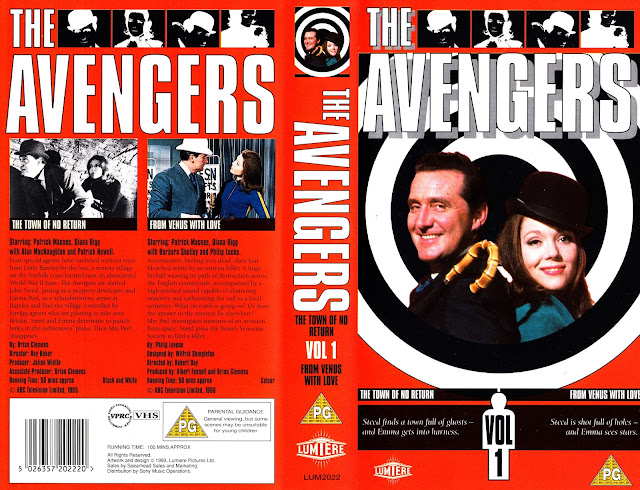 Email ThisBlogThis!Share to TwitterShare to FacebookShare to Pinterest
Labels: THE AVENGERS