From the VHS era: The feature-length pilot episode of MOONLIGHTING, as released by The Video Collection.

This was one of the first sell-through TV tapes that I was aware of back in the 1980s and it may have been something of a trendsetter in the market, cashing in on the appeal of the show (airing, from memory, at 9pm on Tuesdays on BBC TWO).

The market obviously wasn't ready for episodic releases as we had to wait until the 1990s for what had become the industry standard release pattern: two episodes on a single tape, priced-to-go somewhere north of the £10.99 price point. 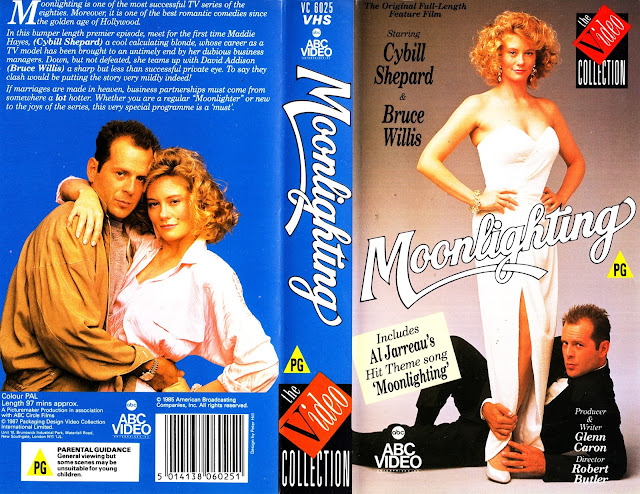 Email ThisBlogThis!Share to TwitterShare to FacebookShare to Pinterest
Labels: MOONLIGHTING