From 1991: Anyone remember CHIMERA, the Anglia TV drama/ horror based on the Stephen Gallagher novel?  The TV tie-in edition of the original 1981 novel is pictured here.

The four-parter was - apparently - a last-minute commission when a drama gap suddenly opened up in ITV's summer schedules... and Anglia (one of the mid-level companies in the system) were able to step in at short notice.

The first episode is a Hitchcock style bluff that sets things up for the meat of the three parts that follow.  Anglia also produced a shorter done-in-one TV Movie version (which gives you a hint at the amount of padding in the full-length version) which was subsequently 'repeated' on ITV and released on VHS.  It was probably also offered to overseas buyers as an alternative to the full multi-parter.  The edited version sometmes goes under the how-many-meetings-did-it-take title MONKEY BOY.  The original version has been released on DVD and is worth picking up for some undemanding chills... albeit with some dodgy performances and bad dubbing. 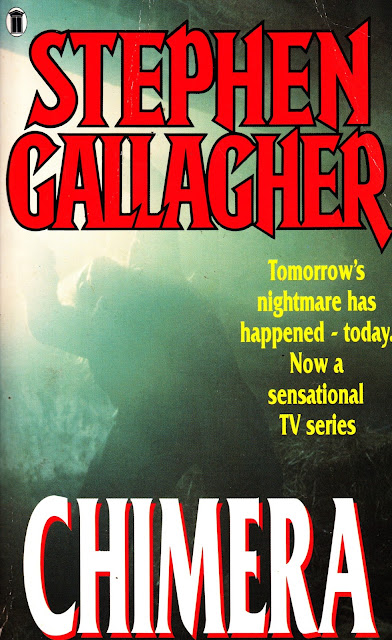 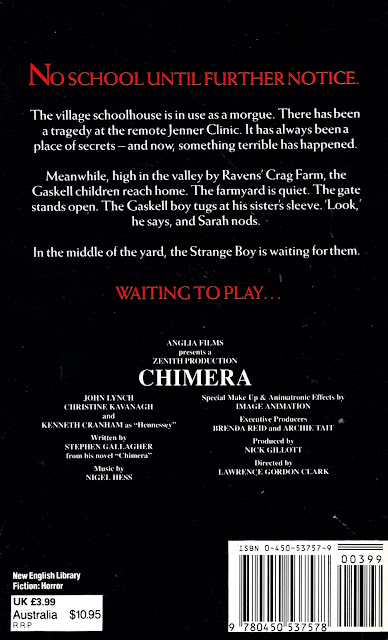 Email ThisBlogThis!Share to TwitterShare to FacebookShare to Pinterest
Labels: 1991, CHIMERA