This one, naturally, has the feature-length opening episode.  The rest of the run, spanning all seven seasons, settled down to the familiar two-episodes-per-tape formula already nailed by the TOS and TNG ranges.  Which was A LOT of tapes.  And worth noting that if a two-part story (either within a season or bridging two seasons) just happened to span two tapes then that's exactly how CIC would release them.  So you had to buy two tapes to get the conclusion.  It would be tempting to think that the producers were told to structure their seasons to increase the chances of this happening... but overseas video releases were probably low on their list of priorities.

DS9, like many Treks, suffered from an underwhelming first few seasons before ramping up to be amongst the best the small-screen franchise ever offered thanks to its complicated multi-season storylines.  Influenced, whether they like to admit it or not, by a very similar space station also based in the LA area. 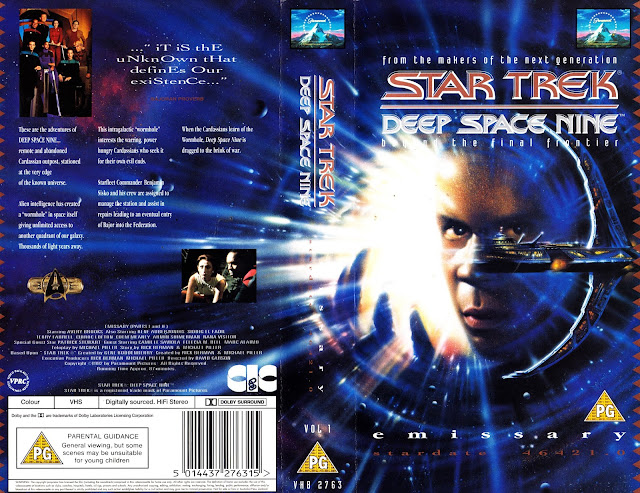