From June 1982: He's the unknown stuntman... LOOK-IN publishes the first episode of the new ongoing THE FALL GUY double-page strip, based on the Glen Larson TV show starring Lee Majors and NOT starring Heather Locklear.

There's a fun game you can play either whilst watching reruns of TFG or - indeed - any action film made before the 1980s: spotting/ guessing the source of the stock footage stunts, lifted from assorted movies (oft from the Fox library), peppered throughout the series to make Majors look good and the show look more expensive than it was.

FALL GUY trivia:  There is a 1993 TV movie called THE COVERGIRL MURDERS starring Majors (along with Adrian Paul and an island full of the sort of beaties beloved by telly execs) and written by Douglas Barr...co-star on TFG.

The Adam Ant cover was obligatory.LOOK-IN's arch rival (at least for a little while) TV TOPS also obsessed with the campy rocker.  Even going as far as creating a time-travelling comic strip to ensure he appeared in every issue. 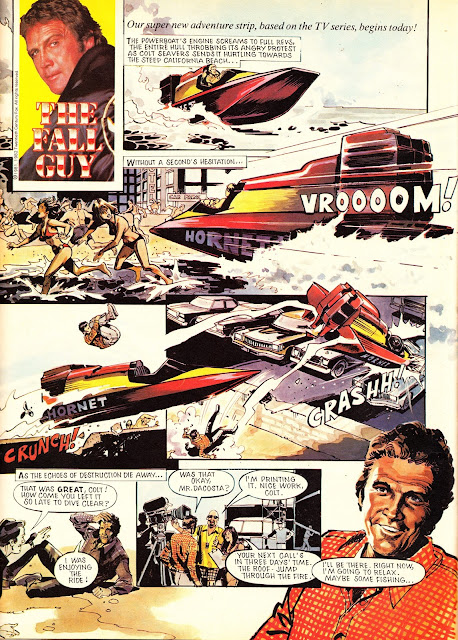 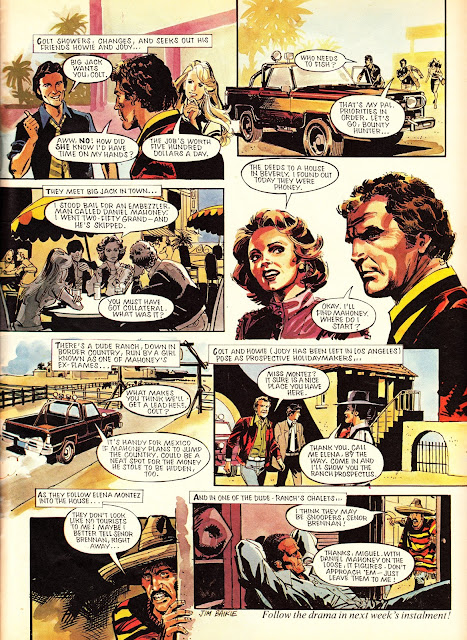 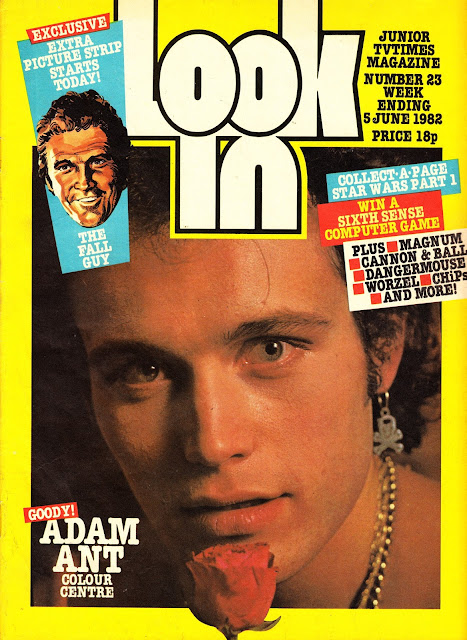 Email ThisBlogThis!Share to TwitterShare to FacebookShare to Pinterest
Labels: 1982, LOOK-IN, THE FALL GUY