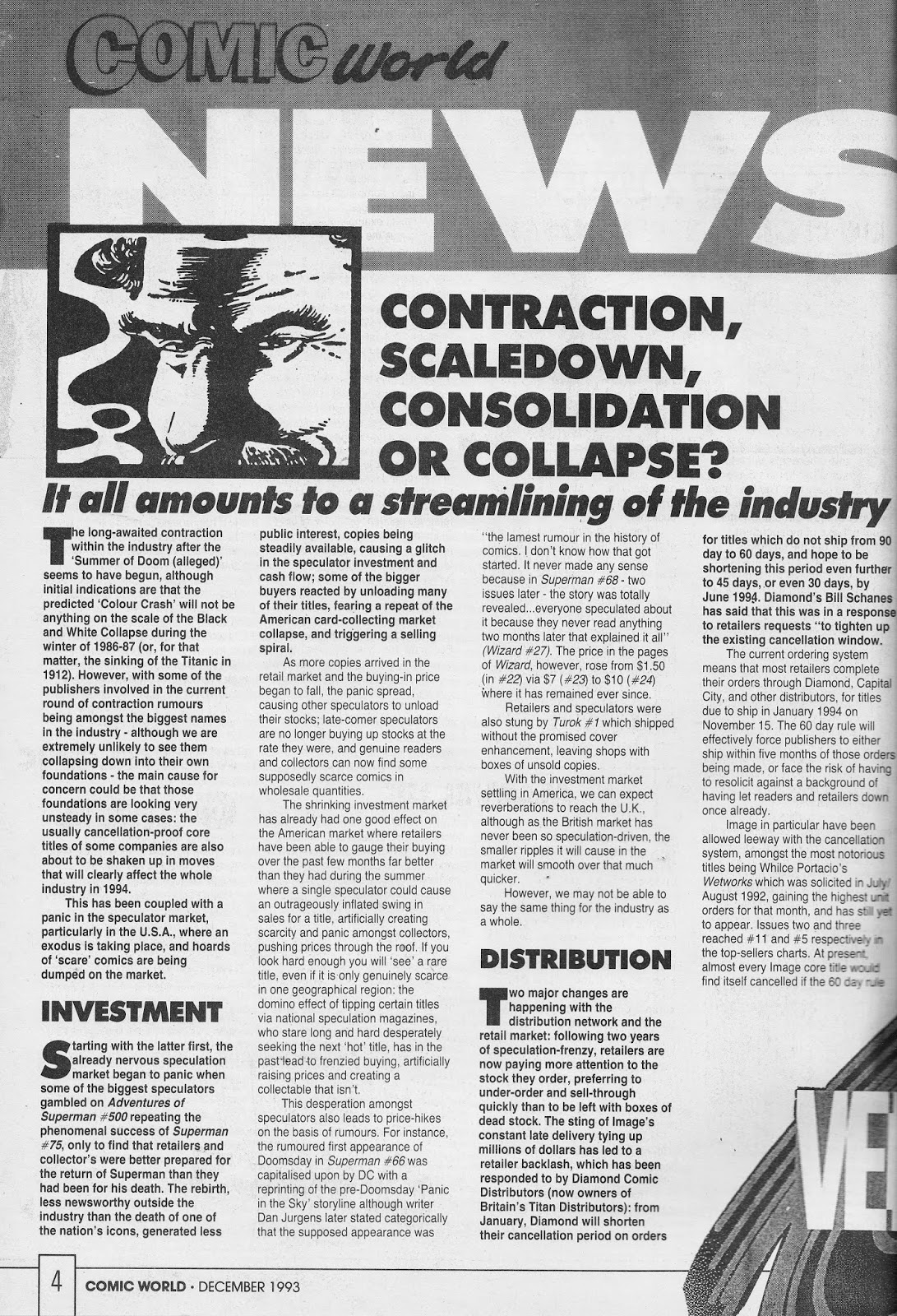 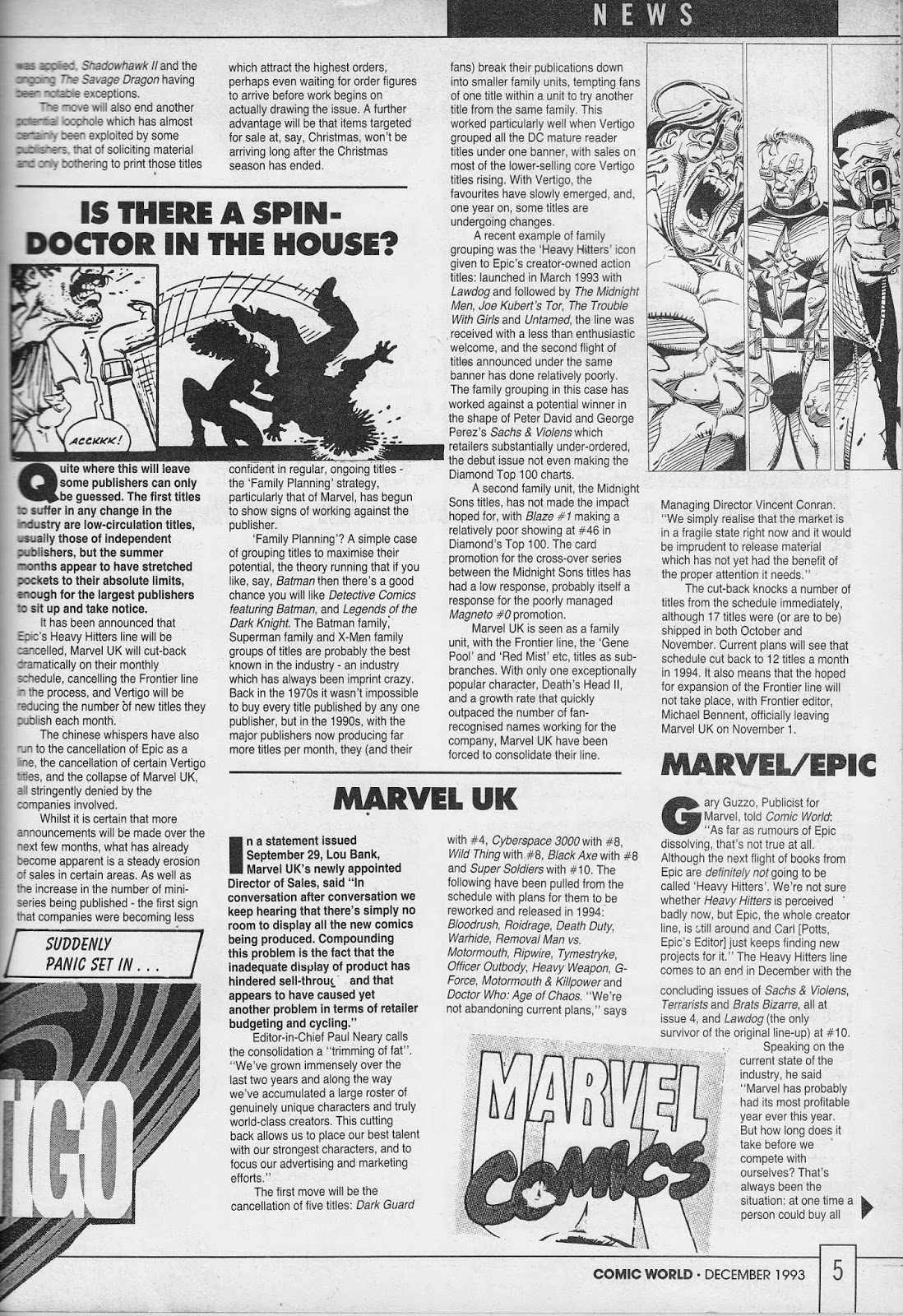 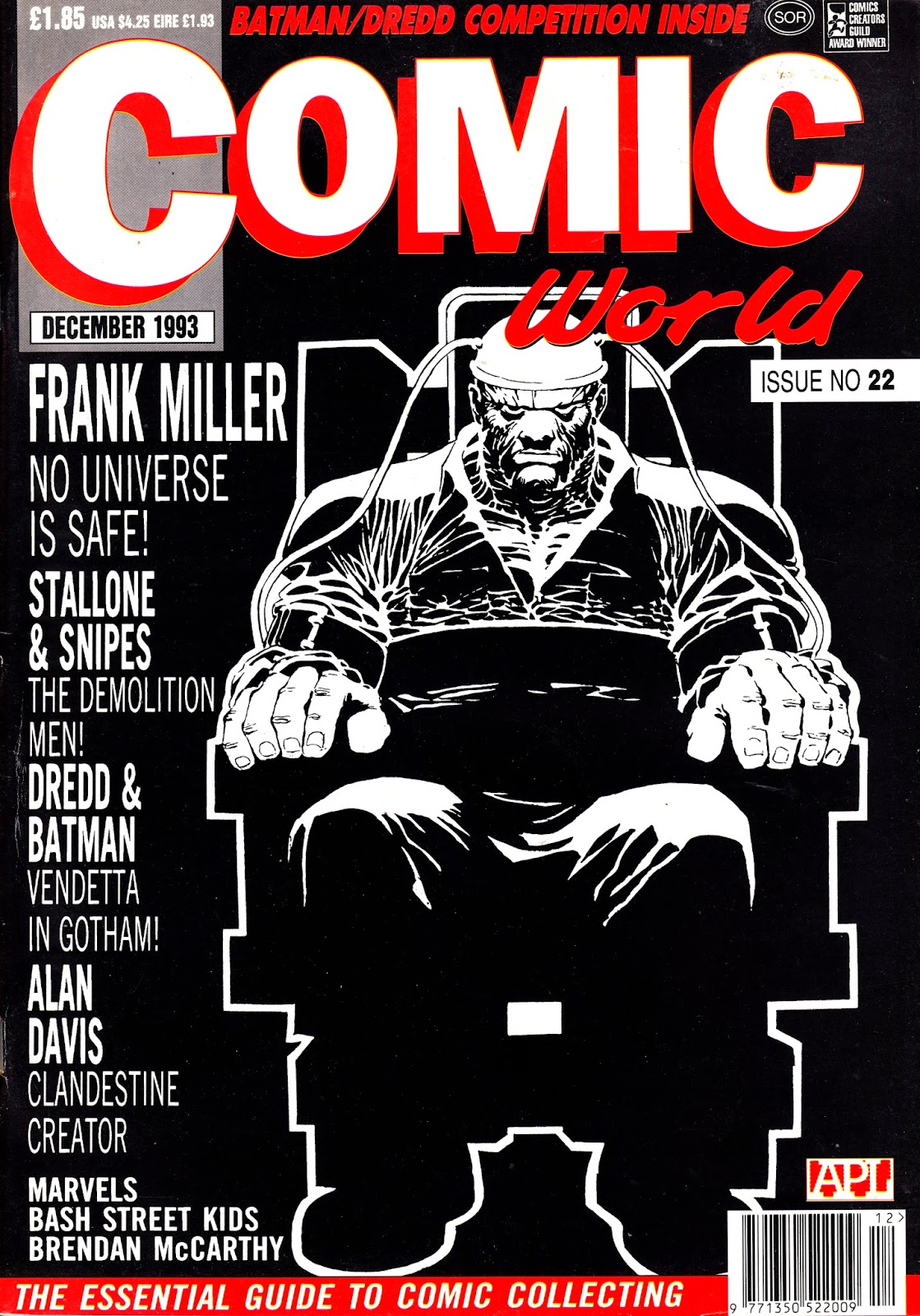 This is how the British magazine COMIC WORLD reported the industry crash in late 1993.  This issue would have gone on sale around November that year.

Included in the coverage is MARVEL UK's 'Genesis Implosion", the first stage in the two-part sequence of events that led to the closure of the entire US-focused line... and the mothballing of all the characters created for it.

The management's spin on the decision is an interesting bit of PR... suggesting that the numerous projects placed on hiatus needed further 'quality control' work.  Presumably this was part of the British Bullpen's push to emphasize quality over their previous dash-for-growth.

A couple of months later, CW was reporting the 'Genesis Massacre'.
Posted by SLOW ROBOT at 08:12