From late 1982: The sun will come out tomorrow... the two-part Marvel adaptation of the ANNIE musical movie, another long-forgotten outing from the celluloid-obsessed publisher prone to adapting any film which looked like it might be a hit.  And another musical... despite the obvious problems with trying to translate music onto the printed page.

Annie, of course, started life as a comic strip... so you can almost see the logic.  And maybe Marvel hoped that it would breakout beyond their core readership of teenage boys.  I doubt this run - and the Superspecial magazine which published the same material - registered very highly on the Marvel sales charts.  Which probably makes them some of the rarer Marvel Comics of the period.  I picked them up from a 50p box. 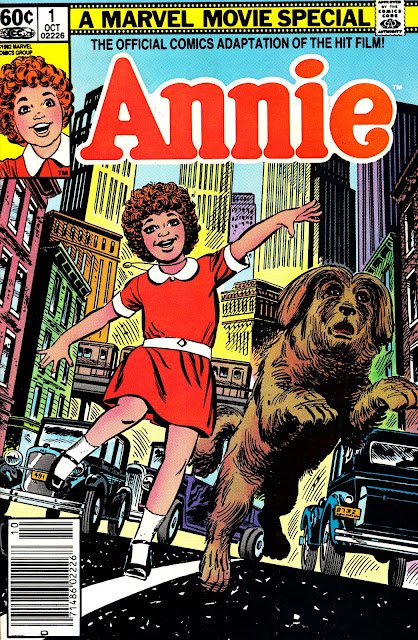 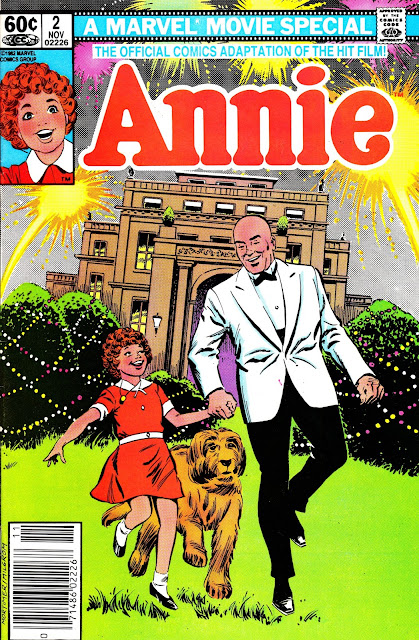