From 1983: A great double-page advert from Palitoy promoting - with a competition - the launch of their STAR WARS: RETURN OF THE JEDI action figure range.

I remember the excitement of going into the local independent toy shop (Child's Play) ahead of the film's release and seeing the new figures for the first time.  And checking the card back to see all the new characters that would be in the next film.  And wondering why two of them had been crudely blacked out.  limited to one purchase, I settled for the Emperor's Royal Guard because - frankly - it looked so cool.  Little did I know they would be little more than set dressing in the film. 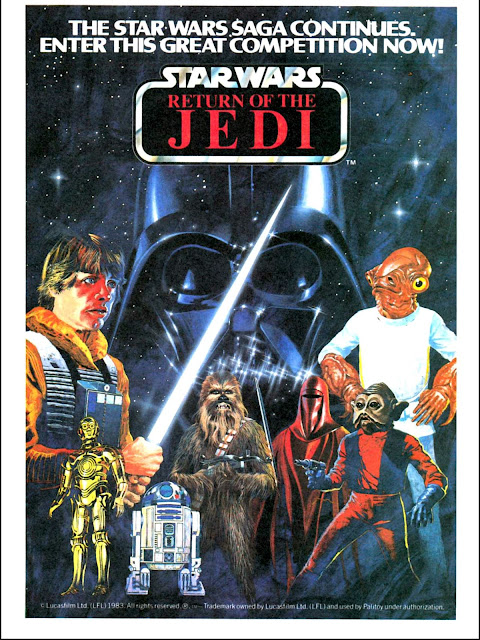 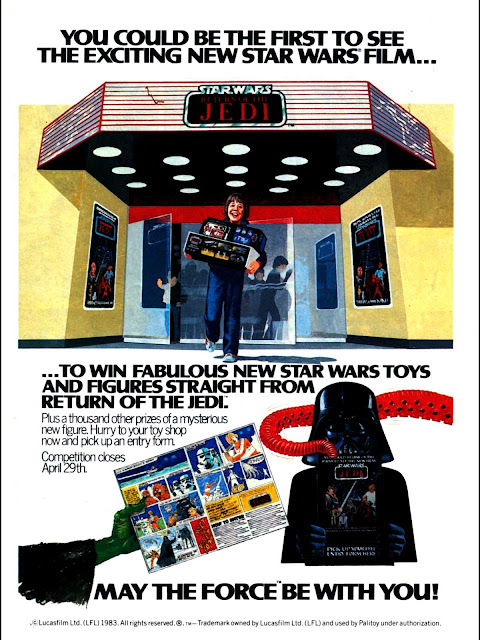